Trojan Nation Will Love This

I’ve always enjoyed Bill Plaschke but I think he was up in the night when he said this.

Historically, the USC Trojans are one of the biggest brands in college football. Bill Plaschke of the LA Times thinks they should go Indy.

Interesting thought experiment, but like you I have to disagree with him. Especially since they’ve been so up and down since Carrol left. I think USC can, and maybe does, whine about some of our conference mates (WSU, and OSU) in football; but what would they do with their other sports?

Anyway, if we have any Trojan lurkers, I’d love to read their thoughts on this idea.

Maybe they should ask the Domers why they decided to play 5 games a season in the ACC.

Maybe they should ask TDS what it is like to lose a game early in the season to a P5, then play out the string to play in some tier 2 bowl game.

It wasn’t too many seasons ago when Army posted a 9 win season and got to watch bowl season from the couch.

Indy is a death sentence.

Indy is a death sentence.

Yet, at times, arrogance prevails. Just look to the south of us.

USC would do just fine as an independent. Especially with the changes that have taken place over the last few months in the college football world.

Why did ND decide to play 5 games a season in the ACC? I don’t know for sure but I think this is more about scheduling then about access to the college football playoff or New Year’s six games. As an independent it’s tough to schedule 12 games a season. Those teams who are in conferences already have 7-9 games scheduled and they only have to schedule 3 or 4 out of conference games. Notre Dame having a five-game scheduling agreement with the ACC give them five automatic P5 games each year.

That scheduling agreement allows them a lot of flexibility to continue scheduling their Rivals like Army and Navy and USC. They also have the flexibility to play games at some pretty cool locations like Ireland.

If any school in the PAC could go independent, it’s USC. But if I were them I’d fire that godawful coach first.

USC would do just fine as an independent

Probably. But what would they do with their other sports? WCC? MWC? And would the drop off in every other sport be worth it?

Who knows where they would put their other non-revenue sports. This is all speculation anyway. If I remember correctly Notre Dame put all of their non-revenue Sports in the ACC.

USC is going to do whatever it decides is in its best interest. It may well be that with the compensation changes coming, they will be in a good position to be independent. They’re in the second-largest city in the country, with a huge fan base (the streets are full of people wearing USC gear who never attended that university) and they’ve got Hollywood and enormously wealthy alumni. So it might work for them. I will stop following them, and so will a lot of other people. But if they want to be a national brand like BYU (

It would make sense, as people are negotiating a new playoff, to put rules in place making it extremely difficult for an independent to make it in. Nip this in the bud.

If they don’t have an HD truck, they could probably rent byu’s.

The delusion that SC is the best that it once was is comical. Reminds me of their team before they played us the last time: 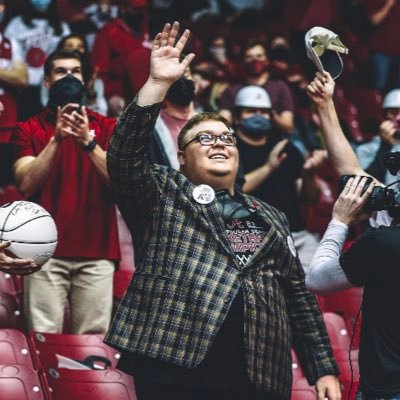 U$C…the tradition of overpromise with under delivery.