Thanks for indulging me sancho. Sorry for my ignorance. This sport is seriously flawed.

If the options are:

Go to university A, and my Dad doesn’t have a job (or a good job).

Go to university B, and my Dad has a 6-figure salary.

Hiring the Dad is a legal way to pay a recruit.

maybe I M is in effect the support for his fgamily. Maybe he has to tranfer so his dad can have a job and put food on the table. That is a heavy burden for a teenager.

That is a heavy burden for a teenager.

A burden we could (should?) have been happy to help with!

Don’t know much about him. (Don’t follow USU.) Should we be excited?

I know nothing about this particular player or whether Rylan’s staying but IMO the Utes need two true point guards. The “one PG plus a couple combo guards who may be able to manage the point” model has failed quite badly.

Don’t know much about him. (Don’t follow USU.) Should we be excited?

We should not be excited to lose Rylan.

Having two point guards would not be a bad thing. The truth is during some defensive pressure sets, it’s a good thing to have two guys with good ball handling skills to break the press and trap.

We should not be excited to lose Rylan.

Agreed. I just don’t know who the Utah State guy is.

Having two point guards would not be a bad thing. The truth is during some defensive pressure sets, it’s a good thing to have two guys with good ball handling skills to break the press and trap.

That might prevent other coaches (like Dana Altman) from simply pressing us and winning the game every time as a result.

I went and looked up the kid from USU, I think we would be lucky to have him. 6’3" 200lb point guard that as a freshman at USU averaged 9 pts, and 4 assists a game. If I’m remembering correctly was Gatorade player of the year for Montana 2 years in a row. 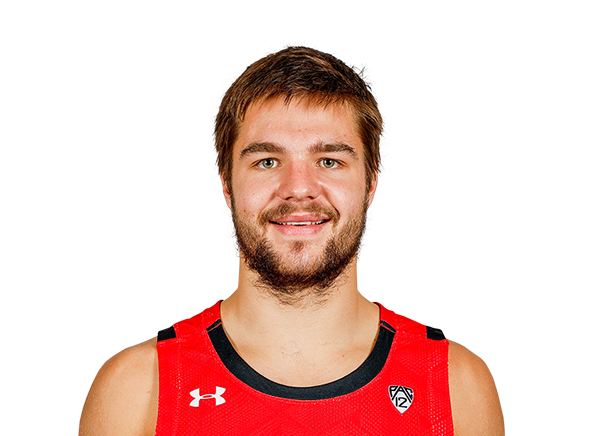 The good: Started all season as a true freshman on a tournament team. Good size. Good FT shooter. Good rebounder for a guard. Form Missoula, Montana where his HS competition was not good, so there may be considerable upside.

He couldnt get to the free throw line less than Rylan. IIRC, Rylan hardly ever took a 3 point shot, or any shot. I was hoping Pelle would be our point guard with Martinez at 2, but maybe Pelle wont be here either.

If Jantunen really is gone, and if Pelle leaves…it may not matter who we have. We will either have a miraculous transfer haul or we will be a bottom of the conference team while we rebuild. We may end up bringing in bodies just to field a team as a stopgap.

We could be looking at a repeat of the beginning of the K era, where we had a team of basically walk-ons. This could take a while to get back to respectability.

Don’t misconstrue this post as advocating that we should have kept K.

A burden we could (should?) have been happy to help with!

Don’t misconstrue this post as advocating that we should have kept K.

It’s a real gut punch though. We had a good team - likely a tournament team - next season, and that makes it disheartening to think about a complete restart. It’s going to be hard to watch a bunch of losing all over again, especially if it lasts for years.

We suspected that firing Larry would mean a restart, but there was always hope that the new guy could come in and hit the ground running with a strong team. That was the scenario that would most likely lead to success.

Two of Harlan’s hopes didn’t materialize: He didn’t get his top choice, and we lost a lot of our promising team. If Harlan had a time machine, would he go back and tell himself to keep Larry? I think he would.

For all the talk from the local media about how hard it was to play for Majerus, Roger Reid was no better. His players absolutely hated playing for him but there were never any stories about that in the D-news.

Reid was/is a religious family man, he was a dick because he needed to win to feed his family.

he was a dick because he needed to win to feed his family.

All coaches need to win to feed their families, but many of them are’t dicks.