The Beavers will make us pay if we turn the ball over repeatedly again. 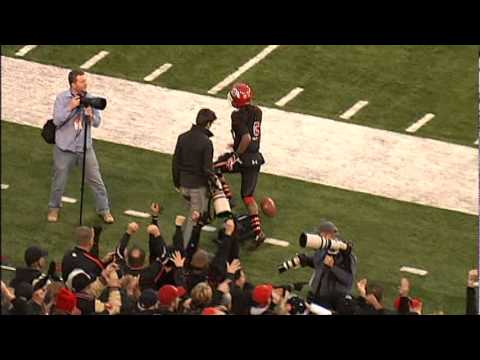 It’s interesting how Norm Chow could make Hays look really good. I had forgotten that bit of information.

I still contend that had Hawaii hired Sitake instead of Chow, Wilson would have played in the NFL and Utah would have a P-12 championship by now.

Could’ve been. Sadly we’ll know in this universe.

I watched most of the Oregon-Oregon State game. The Beavs definitely played some inspired FB, didn’t give up, got a massive monkey off their back. Jefferson set the tone by going 80+ for a TD early in the game.

With their QB out and now Jefferson out, I expect they’ll still fight, but… if the Utes don’t get the win tonight I’m going to be pissed.

On offense I expect us to get the turnover problem largely fixed. On defense I expect continued progression and start to get a serious pass rush going.

With how young our defensive secondary is, it’s possible they have a poor game at some point, so far I believe they’ve outperformed expectations. We could lose to anyone if our offense plays like it did second half vs Washington. This game is 50/50 in my view.

This will be a classic Utah win. Lots of running the ball, lots of stopping the run. I think we will see Utah put the secondary on more islands this game and actually blitz some as OSU can’t punish you like UW and USC can.

I don’t think we turn it over much because Whitt/Ludwig won’t give Bentley many opportunities to turn it over.

One advantage of having no crowd is our bench can yell out to the players and be heard.

This aligns perfectly with having so many teenagers in the defensive backfield, because with their QB & NFL-quality RB out, the temptation will be to press, jump routes, etc. We do have enough depth that if young talented guys start going rogue you can pull them out.

The backup QB was a 4 star recruit, so he’s not horrible. And they have a couple of good WRs. Their TE Musgrave is quite good.

Thinking back on our first year or two in the PAC, it was Oregon State who negated our overall defensive strength by going max-protect and then letting Sean Mannion and Brandin Cooks dissect our secondary. It worked. They both went on to the league.

That was a different coaching regime, but Jonathan Smith was a pretty good QB when Oregon State had a break out year in 2000 under a guy named Dennis Erickson.

If you don’t respect the opponent, you’re asking to get beat.

Well if Utah can’t win without OSU having its QB and those two, I will be dumbfounded.