We’ve got to have a thread on this.

I saw this video on Facebook today and I’m bringing it here. I could not attend this game. I was living in Los Angeles, we had a new baby, and I was broke. I sure loved hearing about the score, though. It made my day and weekend, and possibly my entire fall. 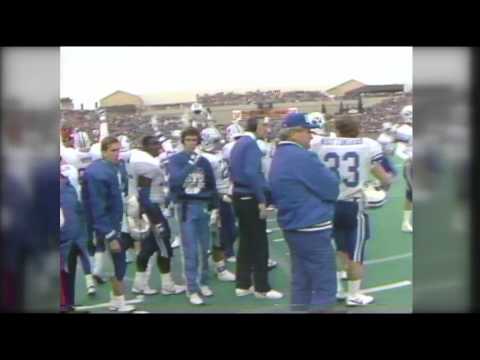 My favorite: 2005, going to BYU with my BIL (a BYU Alum) assuming we would lose badly following the lose of Brian Johnson to injury, only to find that the unknown Brett Ratliff was more than up to the task. 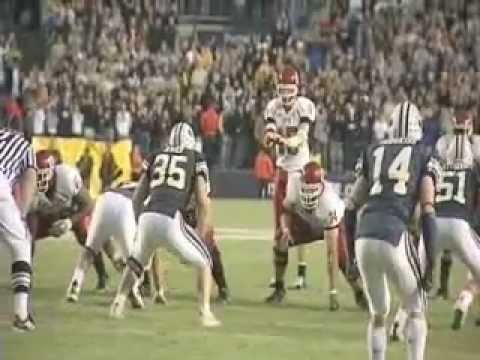 @salUTE Brett Ratliff will always have a place in my heart. Such a gutty clutch performance.

I did attend this game. One of my greatest memories as a Ute fan. 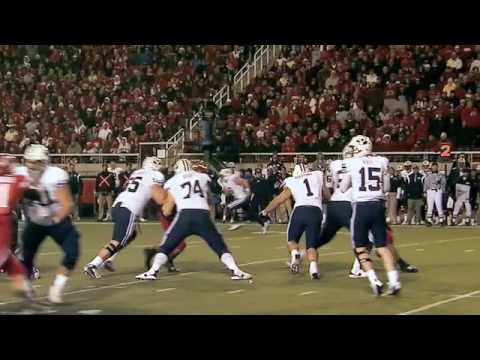 Then there’s this one. 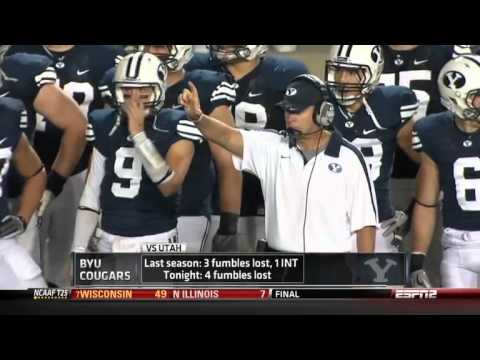 Brett Ratliff will always have a place in my heart. Such a gutty clutch performance.

Yes, there were a LOT of BYU fans in the Utah section of the stadium that day, all convinced BYU would hammer Utah and taunting Ute fans. Ratliff and co quickly silenced them as the game started, BYU came slowly back, and Ratliff to LaTendresse put up the Winning score in overtime.

Those two put up some great numbers against Georgia Tech a few weeks later in the Emerald Bowl, which I and my family also attended. Those were some great Utah Football times

Then there’s this one.

It may just be recency bias, but the Jason Shelley win is one of my absolute favorites. 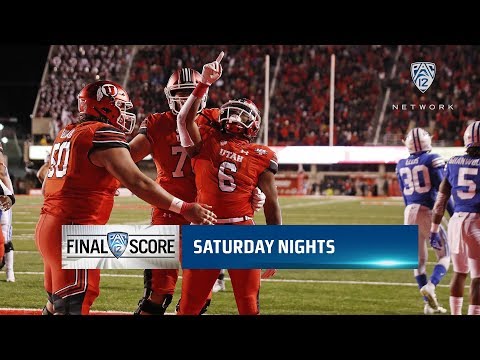 One of my favorites was the 3-0 snowbowl of 11/22/03. That’s my anniversary and I watched the whole thing with my wife in a jetted tub at Castle Creek Inn. For some reason I didn’t record it and I’ve never found anyway to rewatch it. A shame, really…

It may just be recency bias, but the Jason Shelley win is one of my absolute favorites.

That one holds a unique place in rivalry history. Wasn’t it the biggest comeback ever by either school? I remember being horrified at halftime and then giggling all the way home afterwards.

Oddly enough I felt pretty confident that at any time they would mount a comeback. I wavered a bit towards the end but still thought they would pull out the win. I sent an “I told you so” text after the win to my football neighbor who gave up and left early and it was incredibly satisfying.

One of my favorites was the 3-0 snowbowl of 11/22/03. That’s my anniversary and I watched the whole thing with my wife in a jetted tub at Castle Creek Inn. For some reason I didn’t record it and I’ve never found anyway to rewatch it. A shame, really…

That was the coldest game I have ever sat through, but it was also the most intense.

It was freezing! Truthfully, it was a dreadfully boring game. Utah had barely over 200 yards of offense. It was memorable because Utah ended BYU’s record scoring streak. But is was an ugly, ugly game.

Oddly enough I felt pretty confident that at any time they would mount a comeback.

Like me you probably have PTSD from the various times they have pulled off improbable comebacks–in the now-distant past. Remember that 2012 game where they got three tries at a game-winning play in RES? I nearly melted down over that one. From Wikipedia:

In 2012, the Holy War ended in dramatic and odd fashion. Utah went into the 4th quarter up 17 points, but the BYU offense brought the game within 3. With less than 30 seconds remaining, BYU quarterback Riley Nelson successfully drove into Utah territory on 4th and long with a 40-yard pass to wide receiver, Cody Hoffman. On what was thought to be the final play of the game, Nelson’s deflected pass fell incomplete as time seemingly expired and the Utah fans rushed the field. The pass, however, was shown to hit the ground with one second left, giving BYU an opportunity to kick a field goal from 51 yards (once the fans had been cleared from the field of play). On the attempt, the kick was blocked, the ball recovered by BYU, and the runner subsequently tackled. However, Utah fans again rushed the field, this time before the play was over, thus earning a penalty that gave BYU another chance at a field goal, this one from 36 yards. That attempt was unsuccessful, however, when the kick hit the left upright and went awry, leading Utah fans, who were already on the sidelines, to rush the field for a third and final time. Utah won the game 24–21

Unlike the 2018 game I wasn’t nearly as confident in the outcome. By the end I was just wanting it to finish. The stupid whistles at the end and the field rushing became tedious.

The 3-0 game was actually 10-0, we knelt it at their end zone at the end of the game. Good choice though because it isn’t ever better to win my 9 than 2, if you will.

Greatest win for me always had to be 34-31 (first one in Provo in 93). The whole complexion of the series turned around that glorious day.

I agree, that 1993 game changed the rivalry. I don’t think anybody thought byu’s dominance would ever end. Glad things are back to normal now. 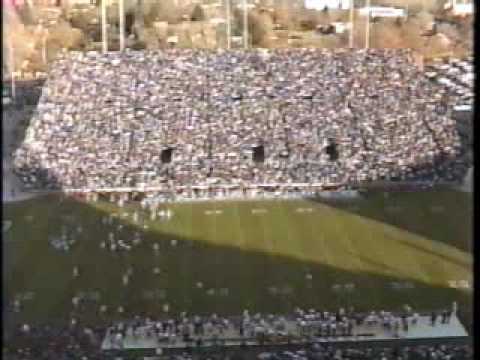 The best part about this highlight is if you look closely at the group of people at the back of the endzone you see an older guy in khakis and a leather jacket. As the ball is in the air and obviously going to make it through the uprights, he is already jumping for joy, arms raised triumphantly. I have no idea who he is but must have been connected to be on the field that day. That guys saw far too many zoob wins and he was doing what we were all doing when that kick was good.

I believe the guy you are referring to was the KALL sideline reporter. I can’t remember his name. But I distinctly remember listening to this game and that kick on the radio that day.