… into specially built storm drains around the valley, to handle what was never seen as a large enough volume of water in which to invest.I get what you’re saying about time and cost to develop infrastructure, but a lot of that water has been going into those storm drains, I suspect, since these areas were first developed decades ago. Given the relative increase in scarcity/value of water in the intervening years, I would think a cost effective means of using the water locally would be possible, No?The two examples near Lindsey Gardens, would be great for use at Lindsey’s or the City Cemetery, and there is space to construct a holding facility at both places.I also realize that the volume of water would not solve any large problems, but reclaiming it would avoid what is now a complete waste.

There are lots of pipes that drain into the Jordan River that I see going south from 5300 S that run with significant flow all the time. There’s also what appears to be an spring in Murray right next to the river trail about 5600 S that bubbles up quite a bit of water, 10 to 15 gpm maybe, 24/7. It too just runs into the river. These have always puzzled me.

…My property has a water share and an irrigation ditch that runs adjacent to it. It is set up to close a gate and flood down my own mini channels if I had them, my property used to be farmland. Some folks will use this method but it is rife with problems (including introducing weeds on your property$ and for me it is a lot easier to just use my automatic sprinklers.However my neighbor this year got a pump and filter and set up an interesting system that powers a rain bird system. I may do the same to further reduce my culinary water consumption even though I’ve turned it down a lot (lower than what is currently being recommended).My water share is $15/year. There are restrictions and regulations on when I can use the water but almost nobody uses it so it is basically a free for all now.

There is a small ditch like this that runs 2 blocks from my house. Our friends recently buried their section of the ditch but retain their water share if they want to use it. The previous owners used to flood irrigate the front lawn from the ditch.

Many streams in Davis County are used for culinary water. Pipes originate up in the canyon, like in Salt Lake’s Millcreek canyon, drawing down what’s coming out of the canyon the excess eventually flows into the Great Salt Lake.

I drove by Bountiful’s biggest stream yesterday - Mueller Park / Millcreek - and a mile into the city it was bone dry, so curious, I drove up to the Mueller Park trailhead, and just below that I would say it was about 2 gallons a second, definitely not enough to sustain fish. I fished this creek as a kid, in what’s now Bountiful City.

By the time the Bear River gets to Corrine - west of Brigham City, almost to the GSL - yesterday was 25 cubic feet per second, the mean average is 495 ft3. That’s a lot of agricultural water drawn, around Tremonton, into Cache Valley.

If you want to buy a sailboat cheap, now is the right time, I would say. The GSL marina is closed. Unless we have a biblical winter, I don’t think it will be open next year, either.

reclaiming it would avoid what is now a complete waste.

Allowing water to drain into the GSL is not a waste. It won’t make anyone’s lawn greener, but it helps avoid arsenic laced dust storms. 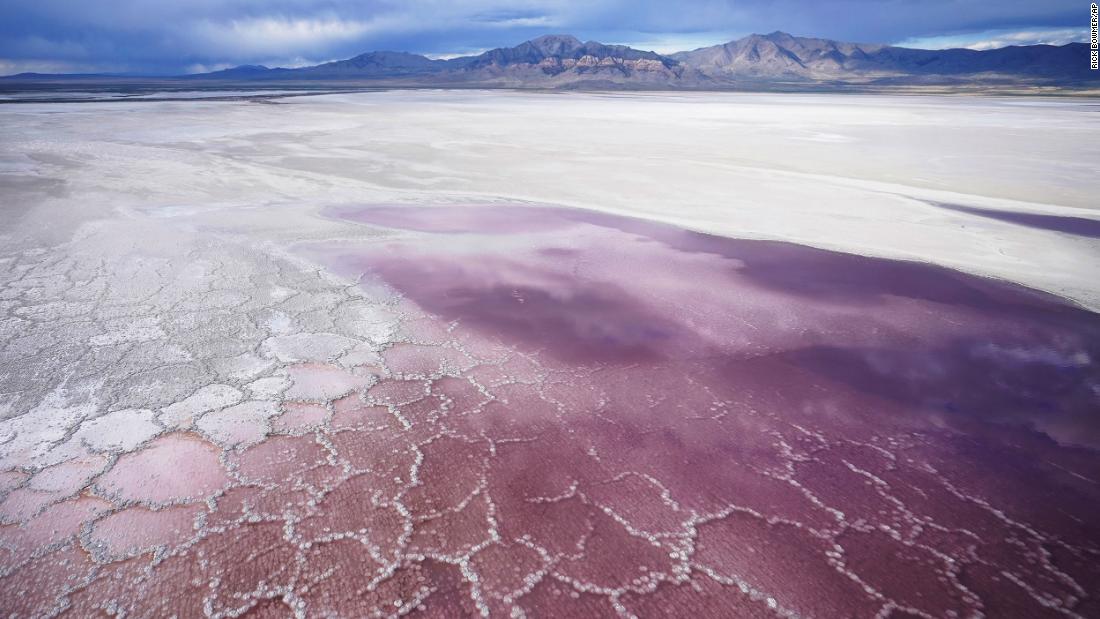 Great Salt Lake is also known as America's Dead Sea -- owing to a likeness to its much smaller Middle Eastern counterpart -- but scientists worry the moniker could soon take new meaning.

Allowing water to drain into the GSL is not a waste. It won’t make anyone’s lawn greener, but it helps avoid arsenic laced dust storms.

Of course you’re right. I think I started my post by admitting I know nothing about water - I’m trying to catch up a little here

Allowing water to drain into the GSL is not a waste. I

Also, that lake effect is what makes for “the greatest snow on earth”

I have long maintained this. The winter storms have historically come through, drawn water from the lake and dumped it in the mountains. The snow melts and the water finds its way back to the lake. Then people come along and start drawing water from the runoff that heads back to the lake - not so much that anyone would notice, but it happens.

Then a few more people come along and the amount of runoff that gets back to the lake is reduced, meaning that the next time water is evaporated for the lake effect snow, there is that much less to be deposited in the mountains. Reduced runoff results, and more people clamoring for the reduced runoff results in less water making it back to the lake. Rinse and repeat. Throw in lower than average rainfall for a few years and suddenly we have a serious issue.

Maybe my vision of the vanishing lake is too simple. Maybe my BA should not be trying to dabble in things science, but from where I sit, when a climate driver like the Great Salt Lake starts vanishing, I get worried.

I just don’t ever see the GSL coming back, at least not while I’m still alive.

I grew up on the east bench in Bountiful. The lake affect snowfalls in the 80s & early 90s were huge. My house had a metal roof so the snow would slide off within a few days of the storm. This would create huge snowbanks which surrounded the house. For a few years there were still traces of those snowbanks around my house on the last day of school around Memorial Day.

The link in the article to the 2015 USGS water report is now invalid as well.

yup it drastically changed…either someone didnt like the data, or the data was wrong…hmmmmm

People expect the PNW to be lush and green, but we are in the rain shadow of the Olympics and get only about 22 inches of rain on average. Add to the fact that our water has to be imported from quite a distance away and no one here waters their lawn. After being conditioned to the lush oasis of SLC, it’s been quite an adjustment, but my goal has been to get rid of the weeds before the grass dies off in July. That said, I’ve mowed in November and February frequently. It’s weird.

The game changer for me with regard to flowers and other non-lawn stuff is the addition of rain barrels. And to be honest, with the possibility of thunderstorms in Utah and the mountain west, they’d probably be even more productive there than here. I’m pretty sure SLC gets more rain than we do in July and August.

So yeah, rain barrels. Get some.

I’ve been thinking a lot about the subject of water lately, and doing what I can (largely watering my yard less) to try to make a difference.

I saw the article below in the SLTRIB today, found it interesting, and then read about several “greywater recycling” products, particularly https://www.hydraloop.com/.

This is very interesting to me and I was surprised about the relatively low cost of Hydraloop, although the quoted costs is a basic system only and does not account for what would be the major expense of redoing all the home’s plumbing.

I did a major remodel of my home (1926 - 2 story home with bathrooms on all three levels) about 6 years ago, and wish I had thought about this sort of a system then. As a part of the remodel the preparation of the plumbing for a product like Hydraloop would not have been significantly more expense. But to redo it now certainly would be.

I’m curious if anyone on the board has any experience with such a system. I’m also curious if those of you that know a lot more about water than I, have any thoughts about greywater reuse in general. 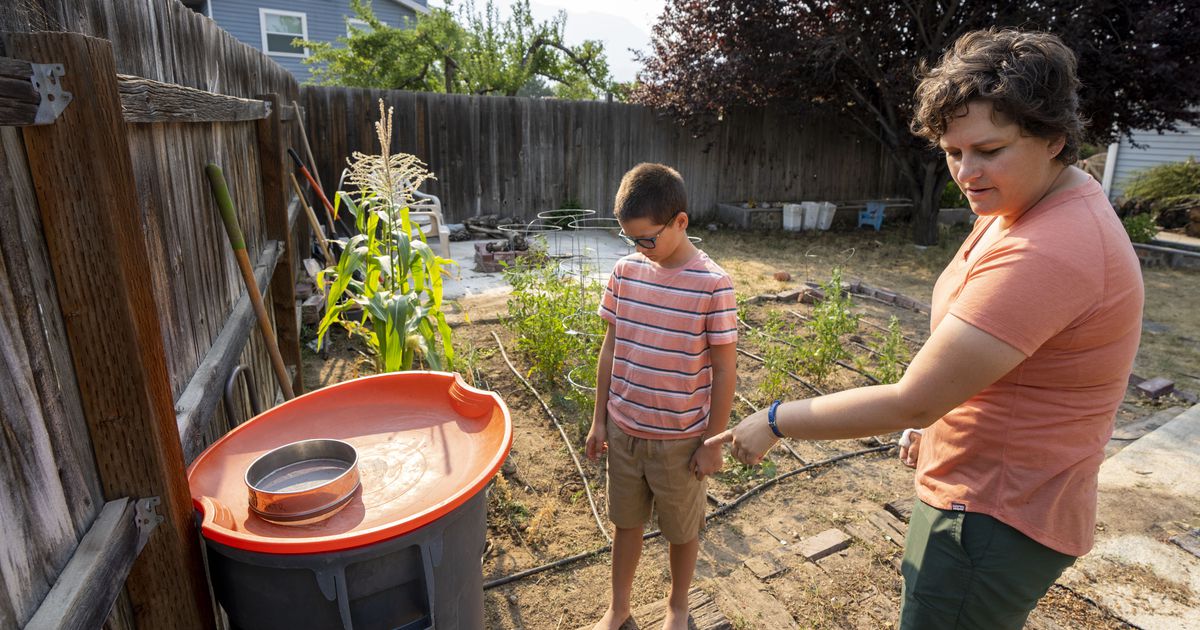 Utahns, are you ready to reuse your shower water?

Reusing your water could save billions of gallons and help address Utah’s historic drought, but there are major obstacles to overcome.

I wonder what far reaching affects on climate and weather this has.

I wonder if we even have enough clouds to do this.

Heck if I can’t find someone in the area that deals with this. I’m building and would love the chance to talk to an installer/dealer about it.

A video, showing nothing but automobile traffic composed almost entirely of large SUVs and trucks. The irony, it would be delicious if it weren’t so depressing.