How many millions do you need? Will you take a check?

How many millions do you need? Will you take a check?

Well, the word “donor” is right by your name on this site. So….

Top health official to older Americans: ‘Don’t get on a cruise ship’

A top U.S. health official on Sunday warned Americans who are elderly or have who underlying health conditions not to get on a cruise ship as the number of documented coronavirus cases continues to rise within the United States and globally.

“Something that’s important, that I hope the American people appreciate is that the risk of getting into trouble with this infection, namely if you are infected, is overwhelmingly weighted toward people with underlying conditions and the elderly,” said Anthony Fauci, the director of the National Institute of Allergy and Infectious Diseases, on NBC’s “Meet the Press.”

Fauci said health officials should be able to “get a better handle” on the number of the people who have contracted the coronavirus now that testing is more widely available. But he said people “need to seriously look at anything that’s a large gathering.”

“You have to realistically be concerned about community spread,” he said, referring to people who get sick from contact with other sick people in their community.

Testing will either cool down the frenzy, or possibly fundamentally change society. If asymptomatic people are found to be transmitting, a ton of things will change.

Italy has told 25% of the population to stay home. Our sister cancer institute Fred Hutch in Seattle has mandated work-at-home, we’re preparing to do the same, as much as possible. (Hutch doesn’t have a clinical wing, focused on research and doing clinical trials through Harbor View hospitals.)

There’s a silver lining in all this - just about everyone will clean up their diet, get serious about exercise and take care of themselves. Nothing will go out of style quicker than 20 and 30-somethings who vape, eat lousy food, and stay up all night.

Once the vaccine comes out, anti-vaxxers may become curiosities from the past.

Nothing will go out of style quicker than 20 and 30-somethings who vape, eat lousy food, and stay up all night.

Once the vaccine comes out, anti-vaxxers may become curiosities from the past.

These I wait to see…

That is a good article. And the most sober assessment of CorVid19 I’ve seen.

Wonder what CorVid19 does to March Madness, not that we aren’t going through a bit of that now. Had not thought about the impact of the spread of this virus on college basketball until today.

My guess is very little.

I’m removing the political posts from this thread and the related bickering (or ones that I’ve deemed as such or teetering on the edge - forgive me if I do err in that regard). You guys can offer your opinion if you think I’m wrong but I think the Miscellaneous category related to this disease should be about information about the disease and its spread and discussion around that. There is a thread in the politics side of things that if you want to argue about stuff should be put there, or start a new topic in politics if you want.

I’ll do better to enforce this so people who don’t want to get into the politics behind this (and I’d put accusations towards failed governmental approaches etc under politics) don’t have to scroll through it. Fair enough?

We’ve all seen this map - Operations Dashboard for ArcGIS

I’m curious if this is a reporting issue or of there is something else going on with the mortality reports versus confirmed cases. Italy, South Korea and Iran have essentially the same infection rates but mortality is very different:

Why is that? Better treatment? Better quarantining? Genetics? Age of those infected? Reporting? Is there something we should be learning from South Korea in their treatment and handling?

I at first thought maybe the Germany number was not correct, but I can’t find anything about any deaths there. Japan is another Asian nation with higher infection but low mortality rates (with S. Korea).

So let’s look at other Asian nations (note their current infection rates are around 100 or less so not great sample sizes):

I suppose with the asian countries it is fascinating given the high population and likely considerably more travel between these countries and China than the US.

Too early to see if these number mean anything, but fascinating nonetheless. I know our high death rate is because infection in Seattle happened among the aged first - but we are not performing so well right now.

Edit to note: I’m hoping me singling out Asian nations doesn’t seem racist or something, I was just curious about what looked to be initially lower mortality rates than say Italy or the US - and interested to see if there is a race, nation or population that is more resistant to the virus.

I’m finding it hard to get good information this way and also being a bit skeptical on what data I can trust. For example is it possible that China or Iran underreported deaths or infection rates intentionally? North Korea is remarkably free of the disease.

It wouldn’t be the first time there is reluctance to share info with the west. So kind of fascinating to watch - we really don’t know right now what we are dealing with and why.

The Italians were probably disguising mob hits as coronavirus deaths.

We’re only making fun of North Korea on Sundays.

I was confused by the time change.

So presumably healthy people have stockpiles of this stuff that will last them a lifetime (I use it pretty frequently and a single standard bottle lasts me about a year and a half). Meanwhile someone who could legitimately benefit from it can’t get any.

This is the biggest issue, imo.

Good friend of mine had a kidney transplant a year ago. All the anti-rejection drugs she’s on severely compromises her immune system, so she has to wear a mask in public…and now she can’t get one.

Being in one of the most at-risk groups, she’s quite terrified of this whole thing, and I don’t blame her a bit. Seeing her situation makes the behavior at both ends of the spectrum (“its just the flu” to “HORDE ALL THE THINGS”) all the more frustrating.

I don’t worry about me being affected by this thing. I worry a lot about her.

For example is it possible that China or Iran underreported deaths or infection rates intentionally?

I read that some news agency contacted hospitals in Iran to ask about fatalities. This was last week sometime, early. The numbers summed from the hospitals was significantly higher than official numbers. Don’t know what to think about the other countries, even our own. I wonder if the reason for higher deaths in the US is because it hit a number of cruise line victims, who were older. I’m completely guessing, but I wonder if for US numbers the infected are disproportionately older.

Is there something we should be learning from South Korea in their treatment and handling?

I read somewhere that So. Korea was early and broad in testing. In the US, we have been hampered in that regard. But you have a good point about treatment protocol.

…rmation this way and also being a bit skeptical on what data I can trust. For example is it possible that China or Iran underreported deaths or infection rates intentionally? North Korea is remarkably free of the disease. It wouldn’t be the first time there is reluctance to share info with the west. So kind of fascinating to watch - we really don’t know right now what we are dealing with and why.

That Taiwan rate is incorrect I think. That country has been such a star that no one is talking about it. 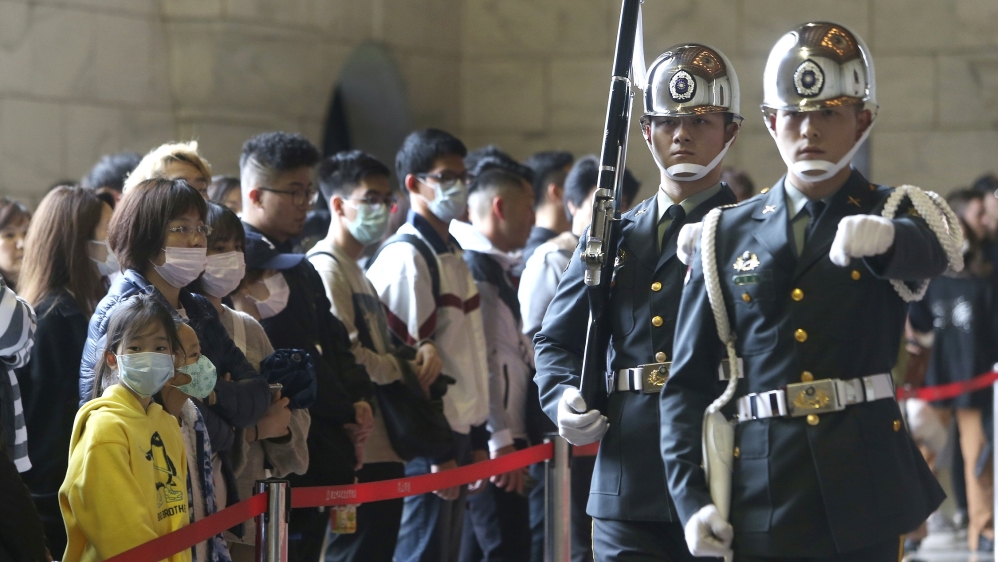 How to control the spread of the coronavirus: Lessons from Taiwan

Meanwhile, in the US 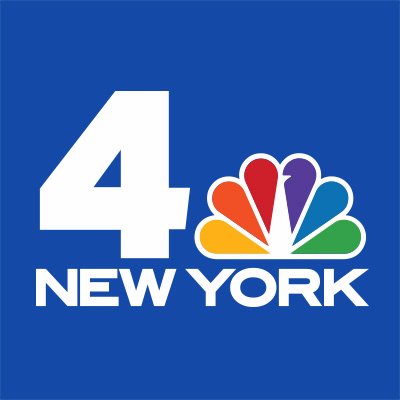 Yeah as mentioned like Thailand one death out of 50 total, so 2%.

I see two fronts on this which is first prevention of the spread and then care for those infected so they don’t die. Some countries are clearly doing better than others and I’m curious why. Any Asian country that has low infection rates is doing something impressive.

Yeah, there are 800k Taiwanese in China and even with the Lunar New Year managed to limit the spread

“COVID-19 occurred just before the Lunar New Year during which time millions of Chinese and Taiwanese were expected to travel for the holidays. Taiwan quickly mobilized and instituted specific approaches for case identification, containment, and resource allocation to protect the public health. Taiwan leveraged its national health insurance database and integrated it with its immigration and customs database to begin the creation of big data for analytics; it generated real-time alerts during a clinical visit based on travel history and clinical symptoms to aid case identification. It also used new technology, including QR code scanning and online reporting of travel history and health symptoms to classify travelers’ infectious risks based on flight origin and travel history in the past 14 days. Persons with low risk (no travel to level 3 alert areas) were sent a health declaration border pass via SMS (short message service) messaging to their phones for faster immigration clearance; those with higher risk (recent travel to level 3 alert areas) were quarantined at home and tracked through their mobile phone to ensure that they remained at home during the incubation period.

Moreover, Taiwan enhanced COVID-19 case finding by proactively seeking out patients with severe respiratory symptoms (based on information from the National Health Insurance [NHI] database) who had tested negative for influenza and retested them for COVID-19; 1 was found of 113 cases. The toll-free number 1922 served as a hotline for citizens to report suspicious symptoms or cases in themselves or others; as the disease progressed, this hotline has reached full capacity, so each major city was asked to create its own hotline as an alternative. It is not known how often this hotline has been used. The government addressed the issue of disease stigma and compassion for those affected by providing food, frequent health checks, and encouragement for those under quarantine. This rapid response included hundreds of action items (eTable in the Supplement).”

This Viewpoint describes the outbreak response infrastructure developed by the Taiwanese government following the SARS epidemic in 2003 and actions in response to COVID-19, including dedicated hotlines for symptom reporting, mobile phone messaging...

Epidemiologists seem to think the John Hopkins data are the most reliable, current and complete. They don’t look good: