If there’s a fall resurgence, and people are locked up in their homes during the long dark winter months, this situation will be far worse.

My mother is in an assisted living center and has not left her room since this whole thing started. At the moment, she can at least go out on her balcony, get some fresh air, see the trees blowing in the wind and watch and listen to the bird. If it had been dark and cold the last 8 weeks, she would be pretty miserable

Actual data, the state of things in a series of annotated charts:

Coming to the end of the week with slight declines in new infection cases. This may be a result of better testing, revealing what has been in the background all along. Or, as we move away from self isolation, it could be a rise in cases. Where I live in Central Oregon, an uptick in cases has been predominately among the 20-29 age group. These folks are now seen in the open pubs, packed cheek to jowl.

The data provider 1Point3Acres revised data back to March 25, but notably increased the number of infected cases by thousands for the last few days. That had the net effect of lowering mortality rates very, very slightly.

Here are the model runs:

As seen in the earlier charts, the saw-tooth pattern is from a drop in weekend reporting. Note also how this week in new cases is not significantly different from last week in magnitude. Mortality is down, but by an insignificant amount.

With experience and as cases rose, the slope of the modeled function declined. That decline represents a lowering of the mortality rate, here lagged by six (6) days from date of infection, that early in mid-March was over 9% and as high as 11% until the end of March. For May 22nd, the flawed lagged rate is 6.43%, and the 14-day average of the same is 6.48%. The six day lag yields the highest correlation, but it is determined using a denominator (actual infections) that is truly unknown. Some experts believe the true infection rate is 10 times, even 20 times higher than known. Given the number of new infections over the last week, we should expect daily deaths in coming days to be 1,250±300.

To view it another way, see this scenario chart:

This mortality calculation of 5.89%, -0.01% day over day, uses the straight across rate. That is, cumulative deaths to today, divided by cumulative infections.

A plot across the red dashed line, but employing the six-day lagged mortality rate, is seen here:

The two ways to consider mortality are useful, in my opinion. Also note that Italy and Germany have mortality rates (straight across) that are still rising, despite a significant drop in new cases.

That can be seen here in a comparison chart from 1Point3Acres for a suite of countries, including the US:

This turn is what I was referring to in my opening line. Notice how suddenly it happens. While the US has seen a slowing in daily new cases, we have yet to break the back on the spread of Covid19. We will in the years to come have significant opportunities to understand how to react if another pandemic comes upon us.

Finally, the cumulative and mortality mortality chart to June 28:

Have a fun Memorial Day weekend. But stay safe, and be safe.

Part of the explanation for the lack of a turn in US Covid19 cases is discussed here: WAPO originally, May 22 WAPO: Study Estimates 24 States Still Have Uncontrolled Coronavirus Spread.

Yeah, even in the state of Washington, that phenomenon exists. Looking at the state county by county, while many counties have seen a pretty steep drop in new cases, some have seen there curves rise, most notably Yakima county, which has a population of 250K, a tiny fraction of the state population, but is currently contributing a third to a half of the state’s daily cases. So the state would seem a lot more under control without a few outliers.

Part of the explanation for the lack of a turn in US Covid19 cases is discussed here: WAPO originally, May 22

I’m confused by the term “We uncontrolled.” What does that mean? I couldn’t tell from the article.

Maybe it’s the ale I had at 3:00 while feeding my pond fish on the patio, or the bourbon & 7 at 4:30 while listening to Lee Morgan, or the two tall glasses of red wine I’ve had since 5:30 while I played Rummikub with my wife before dinner. I’ve reread the article twice in this “advanced” state and I don’t see “We whatever” anywhere. So I don’t know. But the gist of the article is that whatever control there was, its not producing results in about half of these here ‘united states’. I got that much out of the piece.

I believe Yakima numbers due to meat processing plant(s).

41 of Utah’s 93 coronavirus deaths have been in long-term care facilities. I saw someone argue that when a person with advanced Alzheimer’s dies of COVID-19 we should consider that death in a different, less tragic category than others. I think that’s repulsive. Most coronavirus deaths are awful, and memory issues don’t make them any less so. Add to that the family’s pain in being unable to be present when their loved one dies. 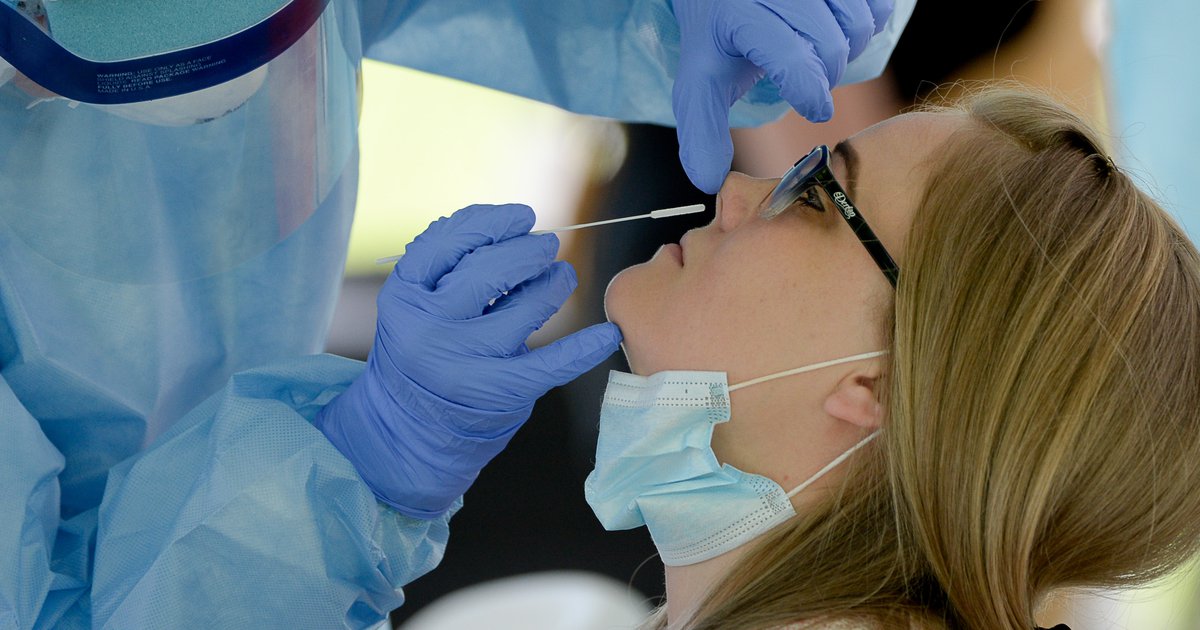 Editor’s note • The Salt Lake Tribune is providing free access to critical stories about the coronavirus. Sign up for our Top Stories newsletter, sent to your inbox every weekday morning. To support journalism like this, please donate or become a...

I really don’t know how you draw a line on the value of a human life. Plus if we are going purely social utility, the infection rate and hospitalization rate for those 24-65 is the bulk of who is getting this. And although they may survive there are a lot of human and economic costs that surround that. The words of a few docs and medical professionals I know keep coming back to me - and I realize they aren’t the ultimate experts, but worth listening to is that this is unlike any disease they’ve seen and it is not something we want to mess with.

Mortality is not the only metric for the seriousness of the disease.

Utah has some pretty fascinating numbers to look at:

One final thought - they are seeing a rise in hospitalizations from the Orange change, and right about now we should see another spike because of Yellow. Further complicating that is Memorial Day weekend with people traveling, visiting tourist spots and cemeteries, eating out and working on home projects. The next two weeks should be very revealing.

For those interested in Salt Lake County’s numbers. The County has broke their data out by municipality so you can see what the spread looks like in each of those. Given the weekend step down in activities and personnel working, we may see a dip in the numbers over the next few days. That noted, it is likely see a surge on Friday-Saturday if what I am seeing going on out there is the norm.

That was a disappointing article. It doesn’t include any numbers or comparisons. And when they say “doctors”, they interviewed 1 doctor and 1 nurse.

If I’m clicking a link with that headline, at a minimum I’m expecting a comparison between rates of death by suicide before and during quarantine.

It was posted by the Washington Examiner. It’s propoganda.

The problem with suicide numbers is that rarely can you attribute a suicide to one thing. Most who commit suicide have multiple issues and they’ve been working down a path to that awful point. Certainly these events can trigger people to carry out what they’ve contemplated for a long time. Almost never does someone go from doing great to suicidal.

So, tragically and perhaps ironically these people do have other underlying conditions, and some would have likely died otherwise.

But I’m skeptical of any doctor who doesn’t understand that.

I do think there would be some value in seeing statistics of overall increase or decrease in suicides over the last couple months. That article provides absolutely none of that analysis though, and basically boils down to one random guy’s unverified opinion.

Which makes it all the more frustrating to see it being blared far and wide as gospel truth across many of my friend’s and family’s social media pages today.

Dying by one’s own hand is the ultimate personal choice. A tragic, multifactorial decision.
It’s not a personal choice to die on a vent after acquiring a virus from someone else.

In my post above, I just noticed that the mortality chart (final chart, from Saturday) actually had not been updated. Soooorrrrryyyyyy. So here it is for May 23rd:

Siap. Interesting arguments made by this doc, particularly the correlation to high levels of air pollution like for those living in inversion zones.

Yes, this is anecdotal. But check it.

Medical lab tech Katie Corley coughed on two petri dishes, one while wearing a mask, and one without a mask. (From her public FB post.) https://t.co/Ez65r2lE2r 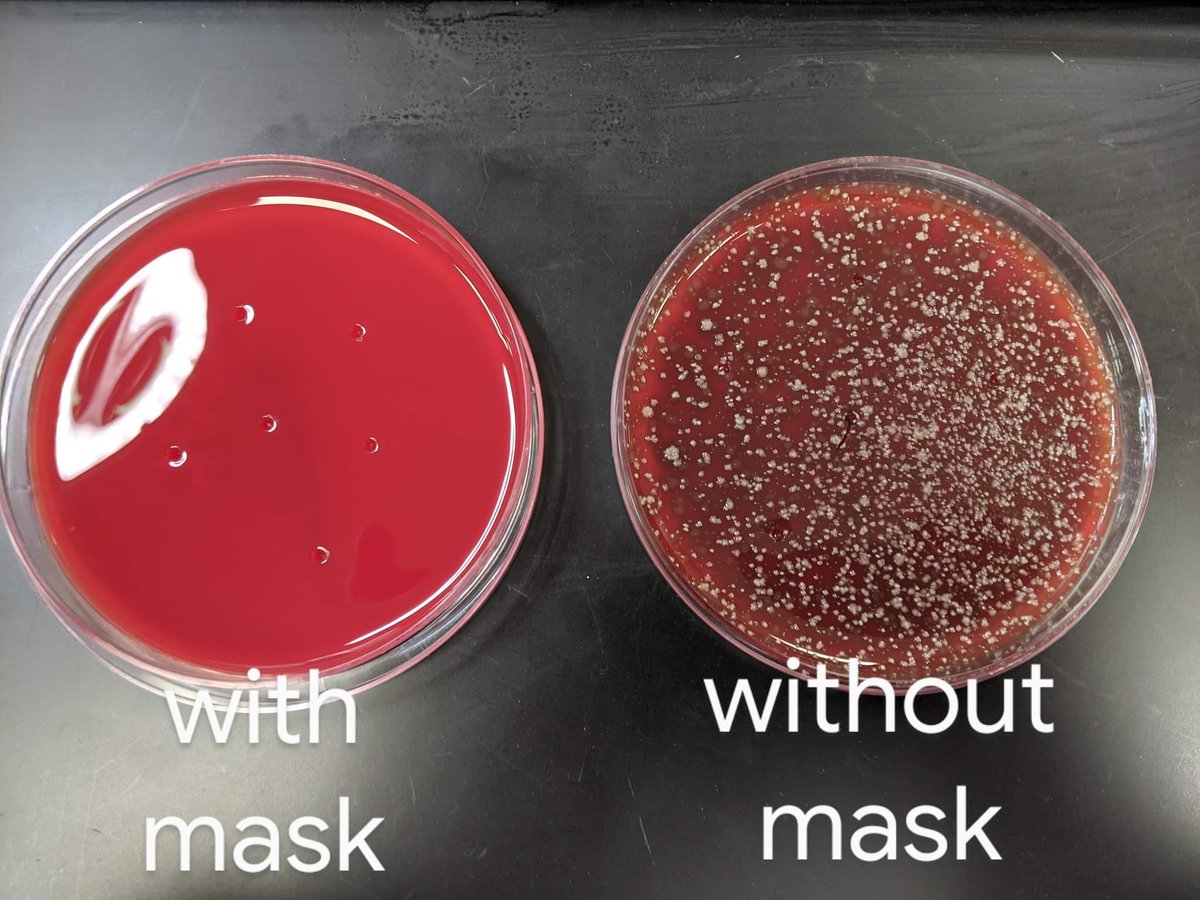 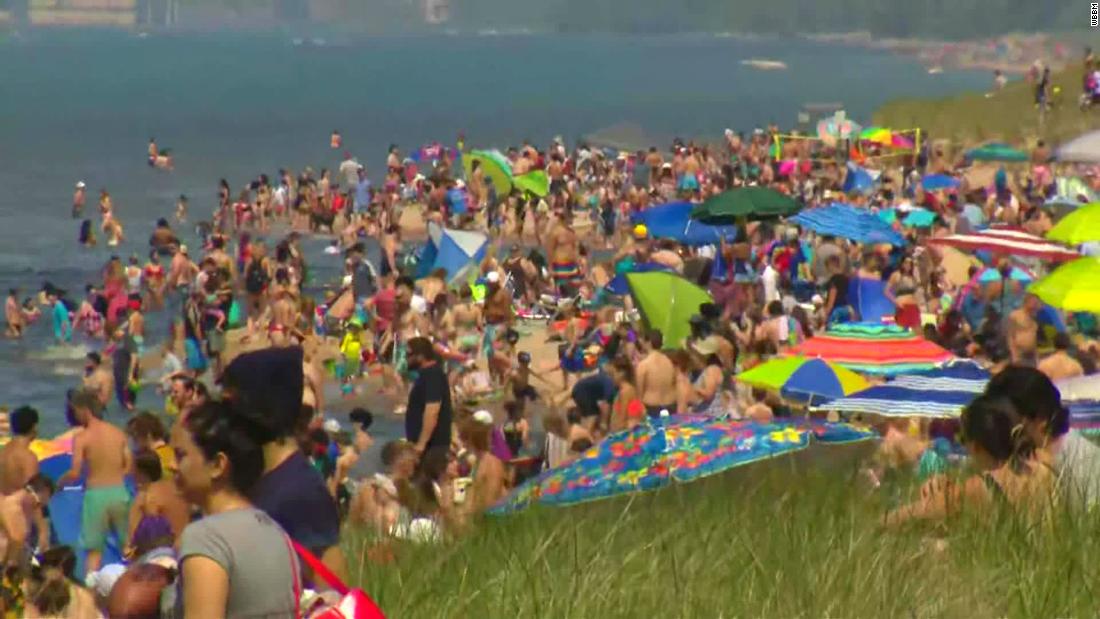 Photos show plenty of people flocked to beaches, but not a lot social...

Photos and video of Memorial Day weekend celebrations across the US showed plenty of people going to the beach and gathering on boardwalks, but not a lot of social distancing or masks.

I would have avoided a crowded beach like that before Covid19. What fun is that?